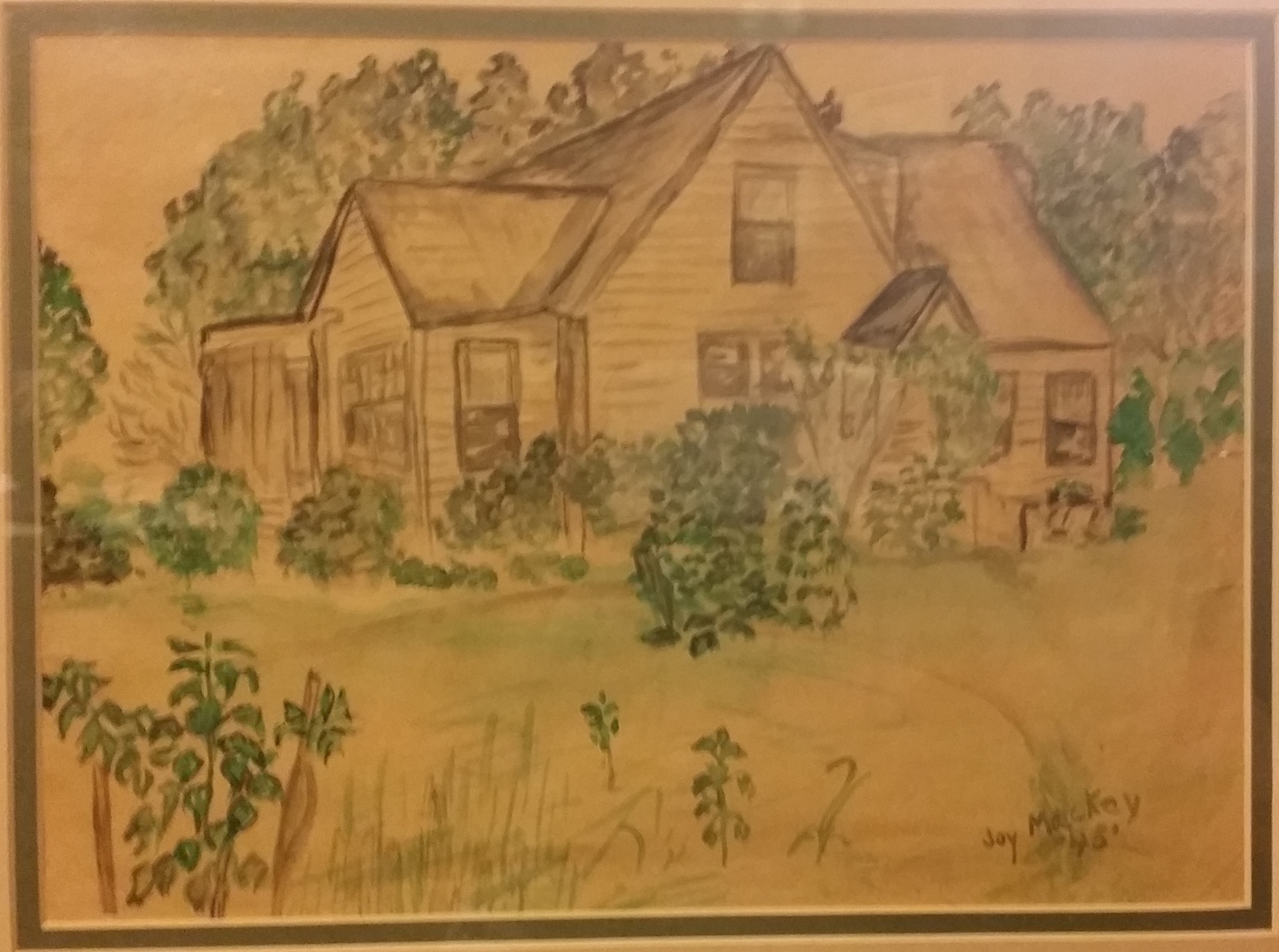 The house was haunted. Of that I was certain. Someone or something lurked in the attic. Mine and Hillene’s bedroom—the middle one upstairs—had two doors. Whoever heard of a bedroom with two doors? I certainly had never seen one in my short life. The first door opened onto the hall and that’s how we got in and out.

Then there was the OTHER one. That one led into a dark room with a slanted ceiling and no furniture—just boxes of things we hadn’t found a place for yet. The back bedroom had two doors as well, but I didn’t care about that one. I didn’t sleep in there.

Hillene always fell asleep before I did, so she never heard the creaking and moaning that would keep me awake. I would tell Mama and Daddy about it, but they would always look at each other, and one or the other would say it was the house settling or the wind whistling through a crack somewhere.

“What about that scratching?” I would ask. “Sometimes I hear scratching.”

“Just the wind moving branches around on the roof,” one of them would say.

I wasn’t convinced. Their bedroom didn’t have an attic next door, so of course they never heard anything, and the back bedroom was used as a guest room at that time.

I guess I can blame it on my overactive imagination, which is probably why I’m a writer now. I even had two imaginary friends, but that’s another story.

All I know is it was several years before I would go upstairs by myself. If someone needed something from up there and told me to go get it, I would grab Hillene by the hand and off we’d go. She’s five years younger than me, but I didn’t care. The only thing that mattered was I wasn’t alone.

From The Bayou To The Big League: The Odyssey Of … END_OF_DOCUMENT_TOKEN_TO_BE_REPLACED

Update Update on From the Bayou to the Big … END_OF_DOCUMENT_TOKEN_TO_BE_REPLACED

A quick update on my dad's book. I'm nearly … END_OF_DOCUMENT_TOKEN_TO_BE_REPLACED

I'm coming along on schedule with From the Bayou … END_OF_DOCUMENT_TOKEN_TO_BE_REPLACED