I’m coming along on schedule with From the Bayou to the Big League, having finished up with the 1936 season. This offering is from that chapter. I’m about three articles into the 1937 season, which will be a long one since that’s the year the Padres won the pennant.

HEBERT’S HURLING TOO MUCH FOR LOS ANGELES

San Diego Triumphs Over Angels, 5 to 1, Behind Five Hit Hurling of Hebert 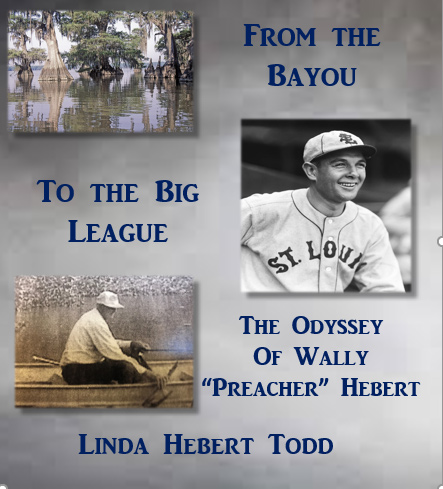 If the Los Angeles Angels had a guardian angel, he must have taken the day off on Wednesday, June 3, 1936. He was nowhere to be found at Lane Field in San Diego that day. Maybe he simply missed the train. Or perhaps he had another client who needed him more.

At any rate, he wasn’t around during his team’s hour of need when the San Diego Padres took his charges apart to the tune of 5-1. I guess he thought since they were enjoying a three-game winning streak and their opponents, the Padres, were slogging their way through four straight defeats, his darlings could do without his help for one day. Wrong thinking—especially since Wally Hebert was on the mound that day.

Hebert had his foes eating out of his hand throughout most of the afternoon. The Angels caught a break in the fifth inning—the only stanza where they put a lone run on the scoreboard and denied Hebert a shutout. The Angel catcher hit a long fly to left field, which dropped safely at the fielder’s feet due to a miscalculation of where the ball was headed. The batter made it to third base and came home when a teammate hit a grounder to first.

After that, it was smooth sailing for the Padre southpaw, silencing Angel bats the last three innings. He allowed a stingy five hits over nine innings and registered six strikeouts. The game was his second straight win over the Angels, whom he beat during the open week of season 1936.

On the offensive side Hebert’s teammates came through for him, but he also helped his own cause in the third inning with a double and a run-batted-in. His mates added two more in the fourth and sixth innings as they coasted to a 5-1 victory.

It would seem even if said guardian angel had made it to the game he would have had to work overtime to help his charges along to victory.

From The Bayou To The Big League: The Odyssey Of … END_OF_DOCUMENT_TOKEN_TO_BE_REPLACED

Update Update on From the Bayou to the Big … END_OF_DOCUMENT_TOKEN_TO_BE_REPLACED

A quick update on my dad's book. I'm nearly … END_OF_DOCUMENT_TOKEN_TO_BE_REPLACED

I'm coming along on schedule with From the Bayou … END_OF_DOCUMENT_TOKEN_TO_BE_REPLACED