I stepped to the foul line and the referee bounced the ball to me. I dribbled twice and looked at the scoreboard. Deridder 35, Westlake 34. Fourth quarter. Two seconds on the clock. All I had to do was sink both shots and we’d have a win—something that had eluded us all season.

It would be nice to win at least once. No team wants a goose egg in its win column. This season had been downright embarrassing. The football team won state in December, and the boy’s basketball team won two tournaments and came in second in three. They’d be going to the state tournament in three weeks, and here we were without one single win. 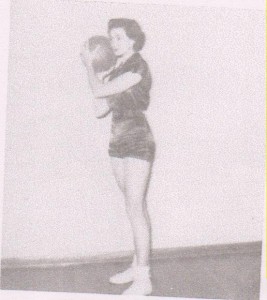 I wiped my hands one at a time on my black satin shorts and bounced the ball on the hardwood floor once more. I took a deep breath and let it fly. Too hard. It bounced off the backboard and came back to me. The best we could do was a tie and an overtime.

The referee came over and touched the ball once. I went through the warm-up routine again and closed my eyes, trying to calm down. The whistle blew and I knew it was crunch time.

I lobbed it up and felt good about it. The ball was spinning straight for the hoop. It landed on the rim and rolled around the edge—and fell off right into the hands of the tall Deridder guard. She hugged the ball to her chest, and the final buzzer sounded.

So to all you Little Leaguers out there who struck out with the bases loaded in the bottom of the ninth and one run behind, I’ve been there. You’ll get over it, but you probably won’t ever forget it.

From The Bayou To The Big League: The Odyssey Of … END_OF_DOCUMENT_TOKEN_TO_BE_REPLACED

Update Update on From the Bayou to the Big … END_OF_DOCUMENT_TOKEN_TO_BE_REPLACED

A quick update on my dad's book. I'm nearly … END_OF_DOCUMENT_TOKEN_TO_BE_REPLACED

I'm coming along on schedule with From the Bayou … END_OF_DOCUMENT_TOKEN_TO_BE_REPLACED