I had to do a lot of research while writing my novel. I needed to find out if a Charger could outrun a Hummer (it can). I knew nothing about guns and martial arts, but I learned what I needed to know. Where does the bullet have to hit to cause a paralyzing spinal injury? What about crystal meth? I hope I was able to give the impression I knew what I was talking about. 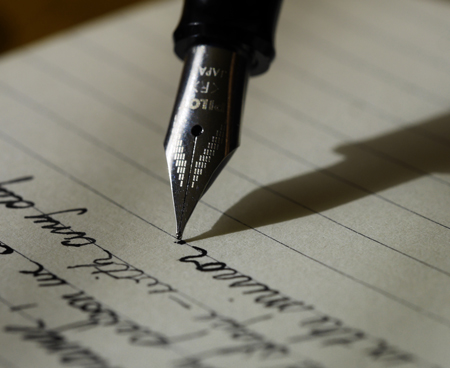 I had a hard time researching my character, Zander. Normally I don’t do Vietnam at all. I never read books about it and never saw a movie about it. I watched the whole sorry mess on the evening news as it played out in the sixties. However, if I was going to make my Vietnam vet plausible I would have to learn more about the ones who made it home.

I read a lot about PTSD. Read a lot of their own words—broke my heart. Very hard to read. I had to stop and dry my eyes from time to time so I could see the page I was writing. Their stories are the basis for Zander’s journal entries in the novel. I hope I made him into a sympathetic character. I hope my readers connected with him as much as I did.

Which brings me to the title of this blog. One night I was wasting time channel-surfing and came across the movie “Double Jeopardy” starring Ashley Judd and Tommie Lee Jones. I had seen it before, but I decided to watch it again. Ashley has been framed by her husband for his murder and is in prison for the crime. While there, one of her fellow convicts tells her if she ever finds him she can kill him and they can’t do anything to her since she’s already paying for the murder. She gets out on parole and escapes from Tommie Lee, who’s her parole officer. She tracks her husband to New Orleans where he’s living under an assumed name with their son. All she wants is her son back. She finally has the jerk where she wants him—staring down the barrel of a gun. He tells her she’d better think twice because Louisiana doesn’t hesitate to use the gas chamber for murderers.

Bzzzt! Red flag. Why didn’t I catch it the first time around. This was a big-time movie when it was in theaters. Someone didn’t do their homework. Anyone who’s spent time down here knows Louisiana has never had a gas chamber to kill their citizens. We had a neat little contraption called the electric chair. A traveling one, at that. We aim to make the death penalty convenient.

My point in all this is don’t take anything for granted. If little old amateur me had to work that hard to make sure I got the facts right, it stands to reason a professional screenwriter would have to do the same. You never know when an expert might be reading.

From The Bayou To The Big League: The Odyssey Of … END_OF_DOCUMENT_TOKEN_TO_BE_REPLACED

Update Update on From the Bayou to the Big … END_OF_DOCUMENT_TOKEN_TO_BE_REPLACED

A quick update on my dad's book. I'm nearly … END_OF_DOCUMENT_TOKEN_TO_BE_REPLACED

I'm coming along on schedule with From the Bayou … END_OF_DOCUMENT_TOKEN_TO_BE_REPLACED