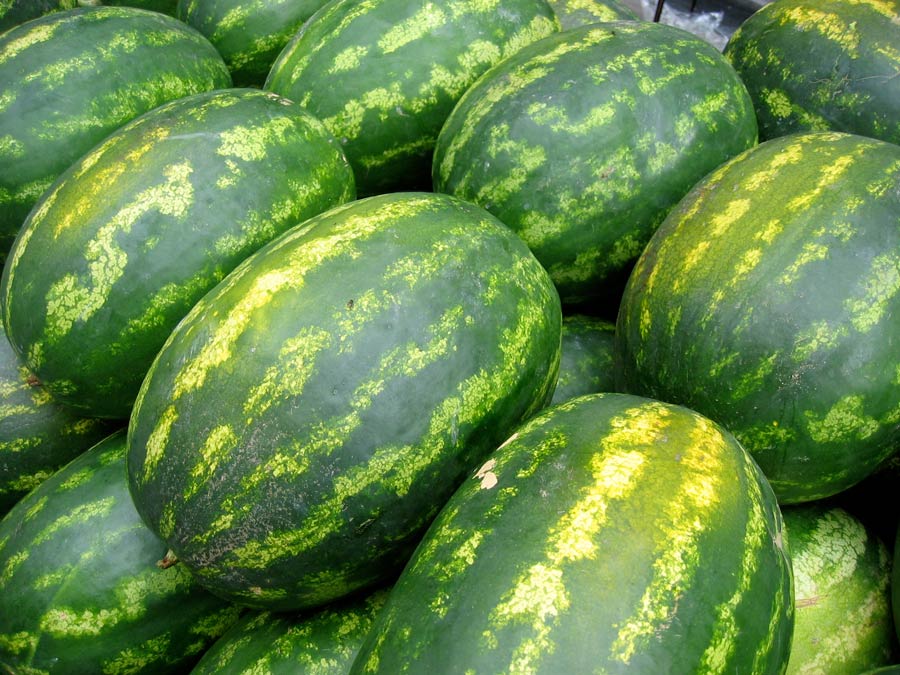 Back when I was still in high school, back in the fifties, we had two pit bulls—Missy, black and white, and her son, Cougar, a tan. Back then, also, my dad had a first-class crop of watermelons in a field adjoining Phillips Road, just ready to pick. There were watermelons everywhere and we couldn’t wait.

One day my mother’s cousin and husband came from Texas to spend a weekend with us. They brought along their dog, Cougar’s litter mate, Buddy, also a tan. Cougar and Buddy could pass for each other—same size, same markings—and they became fast friends after reconnecting. Chasing squirrels and birds was their favorite pastime. Missy slept under the house all day.

Night fell and everyone, worn out after an afternoon in the river, ate supper and went to bed. Buddy was in the house with his people. Cougar, being a night wanderer, was chained to the clothesline so he had plenty of room to maneuver without being able to leave the yard.

Along about midnight the dogs went crazy. We could hear Missy barking. We heard the chain zipping back and forth on the metal clothesline as Cougar tried to get loose. The next morning Shirley, Mama’s cousin, said Buddy growled and paced around the room. We just figured someone was walking down the road. We were in the country, after all, and dogs barked at everything.

My dad went out to water the garden like he did every morning before the sun got too high. He came back in sooner than usual. Took off his hat and sat down on the breakfast nook bench. He looked around at those of us who were in there eating. Shook his head and ran his fingers through his dark, curly hair.

“Forget watermelon after swimming this afternoon,” he said. “There’s not one melon left. Looks like a truck parked and took ’em all. Pretty deep ruts in the road.”

“Yep. Doing their job,” Daddy said. “Guess I better get busy. I’ve got a whole field to plow today.”

I don’t know what would have happened, but I have a feeling that had we turned those two big males loose we would have been chowing down on watermelon the next afternoon after our time in the river.

That was a long time ago and the dogs are long buried, but I’m sure they’ll be waiting at the rainbow bridge for us.

From The Bayou To The Big League: The Odyssey Of … END_OF_DOCUMENT_TOKEN_TO_BE_REPLACED

Update Update on From the Bayou to the Big … END_OF_DOCUMENT_TOKEN_TO_BE_REPLACED

A quick update on my dad's book. I'm nearly … END_OF_DOCUMENT_TOKEN_TO_BE_REPLACED

I'm coming along on schedule with From the Bayou … END_OF_DOCUMENT_TOKEN_TO_BE_REPLACED