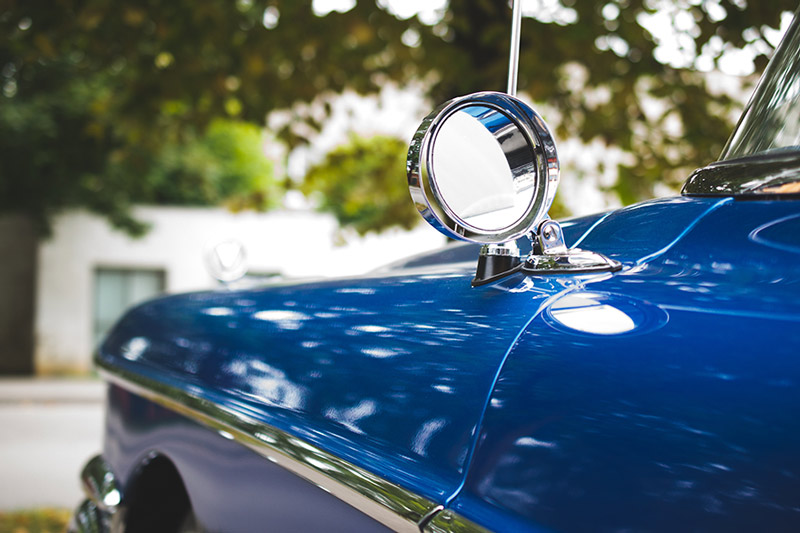 Mom wanted a new car.  She asked her son-in-law, Jack, to start looking for a good used one.  She needed it to run errands around Westlake and Lake Charles.

Jack began to look and found a honey of a deal.  He called Mom and said, “I’ve found you a sweet little 1966 Chevy II.  It’s powder blue.  The engine runs loud, but it has low mileage.”  The price was right so Mom bought it.

My brother, Stephen, was a teenager, a junior in high school.  He had just received his driver’s license and was proud of it.  Every picture I took that summer, that license was perched on his shoulder or on top of his or someone’s head.

Stephen and his best friend, Robert, were at the house, tinkering with a motor they found in the trash.  They came out of the garage when Jack drove up with the new vehicle.  They were naturally curious about the new car.  They climbed inside to make sure the radio worked.  They turned any knob that could be turned.

However, their excitement hit its peak when they looked under the hood.  It not only was a sweet little car, it had a racing cam built into the motor.  Jack didn’t know what he was looking at when he checked under there.

Stephen said, “Mom, Robert and I will keep it running for you.  We’ll make sure all liquids are at their level.  We’ll even spring for some new tires.”

Mom thought to herself, “This is a win-win situation.”

The next thing she knew, there were two brand new tires on the back.  She stared at them, thinking how strange they looked.  They were much wider than the ones on the front.

The weekend rolled around.  Stephen asked to use the car.  He and Robert were going to the show.  They go to the show, all right, but they also put that sweet little powder blue Chevy into the first of many drag races.

Every Saturday night for the duration of Mom’s ownership, Stephen raced that Chevy and was undefeated.  The teens had marked a quarter mile off on Hollis Road.  They could make about four runs before the police would show up.  Someone in the neighborhood called them.

Mom ran her errands around Westlake and Lake Charles like she always did, but now cars full of teenagers would pull up beside her and rev their motors for the duration of the light.  She would comment from time to time about “pesky teens.”

She said, “It must be a new fad.”  Stephen just buried his face deeper in his school books.

He came home from school one afternoon and there, in the driveway, sat a shiny new car.  Mom had traded her sweet, little Chevy in for a station wagon.  We thought he was going to burst into tears.

The King of Hollis Road had been dethroned.

Stephen still races, but now has three racers and recently purchased a motor home that can carry two of them in the back.

Stephen remembers that little blue Chevy with great affection.  He said that it retired with a perfect record.  He and Robert confessed years later to Mom what they had done.  We all had a good laugh.  When Jack was told the story, his only comment was, “That engine always did run loud.”

This story was written several years ago by my sister, Hillene Hebert Deaton, for the Reminiscence Contest sponsored by the local library system in Calcasieu Parish. The latest update on my brother Stephen: He owns the Bluesmobile from the movie, The Blues Brothers, and it’s entered in the Great Race that begins somewhere up North and ends somewhere in Florida.

From The Bayou To The Big League: The Odyssey Of … END_OF_DOCUMENT_TOKEN_TO_BE_REPLACED

Update Update on From the Bayou to the Big … END_OF_DOCUMENT_TOKEN_TO_BE_REPLACED

A quick update on my dad's book. I'm nearly … END_OF_DOCUMENT_TOKEN_TO_BE_REPLACED

I'm coming along on schedule with From the Bayou … END_OF_DOCUMENT_TOKEN_TO_BE_REPLACED