The first thing I was introduced to after we were settled into NCO housing was our vehicle—an ancient Volkswagen Bug with a right-hand steering wheel and a stick shift. Say what? I was accustomed to a car with an automatic transmission and a left-hand steering wheel found on any self-respecting American auto. 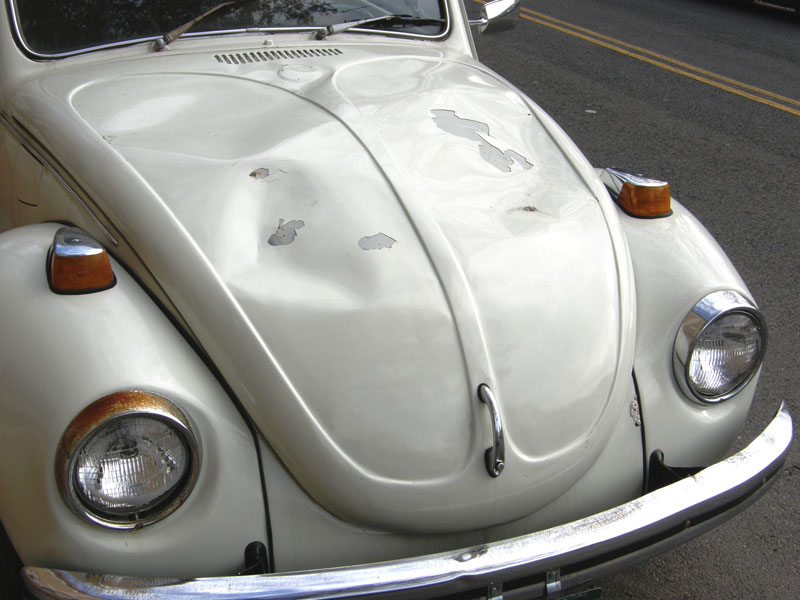 Most, if not all, vehicles on the base were what was known as Goose cars. That meant they were permanent fixtures on this beautiful but bleak landscape. When an airman’s time was nearly up he or she would put the car up for sale, and one of the incoming troops would buy it and use it for the duration of his or her tour of duty. Some of those cars had been there since the base had opened. I’m sure that little Bug of ours was. As old as it was, however, it hummed along like a sewing machine, and I’ll bet it’s still rattling around Canada somewhere if the body’s intact.

It was a real adventure trying to unlearn several years of driving around using my right hand and an automatic shift. I had to learn to use the gear pedal and my left hand. It was like learning to drive all over again. On top of that, can you imagine a flatlander trying to negotiate the hills around there? I finally got the hang of it about halfway into our tour, and I was quite proud of myself since I only hit one snow bank. I was on my way back home from the commissary and eight bags of groceries landed on the floor.

One thing that made driving somewhat easier was the low speed limit on the base. In the summer, which wasn’t very long, it was 15 or 20 MPH, but in the winter it was only 5 MPH. Back then all cars had radio antennas, and we had to tie a red flag on top of the antenna. This was because the snow banks got so high we couldn’t see if a car was coming when we got to an intersection. When we saw that little red flag flapping we knew not to go barreling out into the middle of the road.

Our little Bug took us all over the surrounding territory. We drove down to Happy Valley, a small village not far from the base, and over to the Canadian side of the base. But the most fun we had was driving down the middle of the river. It froze over so thick that there would be vehicles running all over the place—even had a few drag races.

That frozen river was the reason we had powdered eggs and reconstituted milk all winter. Until the ships could get up the channel we had to forego fresh eggs and milk until the big thaw.

Goose Air Base is no longer there. I don’t know about Thule. We had a lot of fun while we were there. Made some good friends. Learned to bowl. Tried our hand at ceramics. Had a baby. Donna Lynn joined our little family in 1964. Since she was born on a US military installation I believe she could run for US President if she so desired—and also for Prime Minister of Canada.

From The Bayou To The Big League: The Odyssey Of … END_OF_DOCUMENT_TOKEN_TO_BE_REPLACED

Update Update on From the Bayou to the Big … END_OF_DOCUMENT_TOKEN_TO_BE_REPLACED

A quick update on my dad's book. I'm nearly … END_OF_DOCUMENT_TOKEN_TO_BE_REPLACED

I'm coming along on schedule with From the Bayou … END_OF_DOCUMENT_TOKEN_TO_BE_REPLACED