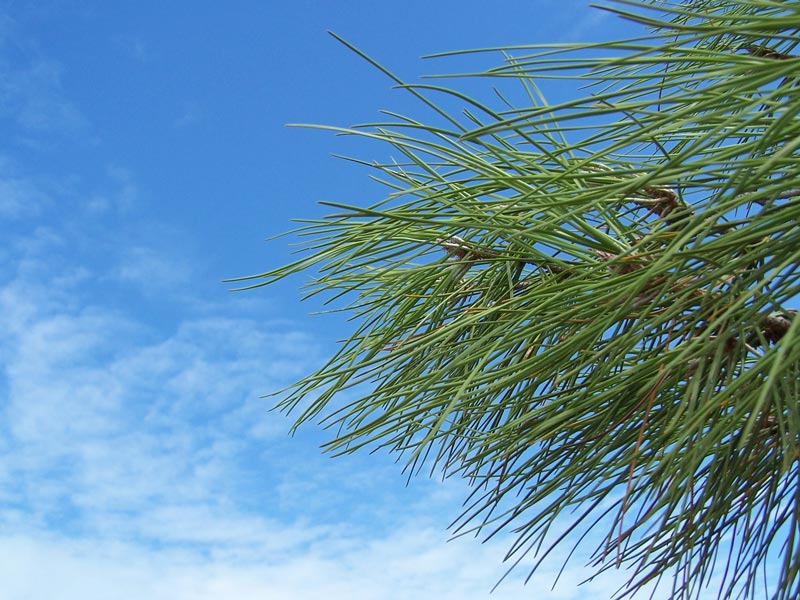 The first thing I did after we moved into the house in the country was climb to the top of the tallest tree in the yard—a pine. As I stood at the bottom looking up, I was certain those silky needles reached right into Heaven. By the time I got to the top I realized it wasn’t quite that high. But it was plenty high.

Looking down, though, I saw the ground was a long way off. But I didn’t care—I was the Queen of the World. I looked out and saw a cloud of dust moving toward me. Westwood Road, back then, was a two lane, dirt country road.

That cloud could only mean one thing—someone was coming. From my perch in the tree I could see a long way off, and that cloud was still pretty far away. Were they coming to see us? There were no houses between us and the cloud.

Finally, a vehicle emerged from the billowing amber dust. A gray car—a Dodge, I learned later—turned in at our driveway. The tires made a thunking noise as it passed over the cattle guard and made its way down the long driveway. It stopped near the back door and three people stepped out. Mama flew off the back stoop to welcome them. My grandparents and great-grandmother had arrived from Houston.

That tree remained my haven, even into my teen years. We could also see the dust cloud from the window of my bedroom upstairs, and as long as Westwood Road remained dirt, we could always tell if someone was coming. Sometimes they stopped at our house.

From The Bayou To The Big League: The Odyssey Of … END_OF_DOCUMENT_TOKEN_TO_BE_REPLACED

Update Update on From the Bayou to the Big … END_OF_DOCUMENT_TOKEN_TO_BE_REPLACED

A quick update on my dad's book. I'm nearly … END_OF_DOCUMENT_TOKEN_TO_BE_REPLACED

I'm coming along on schedule with From the Bayou … END_OF_DOCUMENT_TOKEN_TO_BE_REPLACED