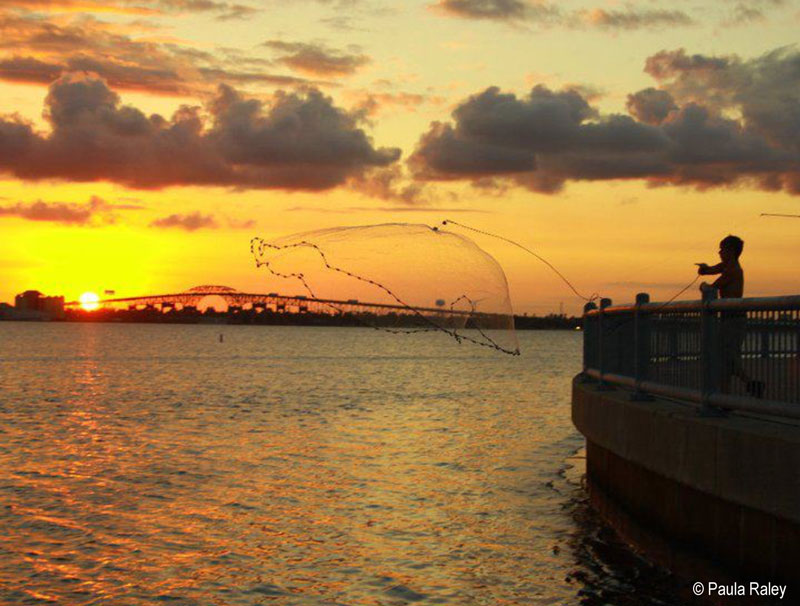 Back when we moved to Westlake, the only way we could get to Lake Charles was over a draw bridge located by the Port of Lake Charles on Shell Beach Drive. It seemed like every time we had to make a trip to Lake Charles, a tall ship would be coming down the waterway, and up would come the bridge sections to let it pass. Bridge back then, trains now. It’s never been easy getting out of Westlake.

The road on the Westlake side is abandoned now—a road to nowhere, if you will. After the new bridge was built, the only thing on that road was the city dump, and I don’t know if that’s even still there. I haven’t driven down there in years, so I can’t say one way or the other.

Construction on the new bridge began in 1949, as part of Highway 90, and was completed in 1952. Those were the early years of my high school career, and we had the children of bridge workers in our classes. They would come in, enroll, and then leave whenever their fathers finished whatever part of the bridge they were working on.

My schoolmates and I watched that bridge being built, and I, for one, am not afraid to cross it like many people are. We used to play on it. There were some who would walk to the top on the little walkway and slide to the bottom on flattened cardboard boxes. I won’t mention any names, but you know who you are.

The crossed pistols—5,286 of them—were reportedly placed there to commemorate the legends of Jean LaFitte that surrounded this area. After the bridge was opened to traffic, so many people were chipping the pistols out for mantel pieces and other decorations that they had to be constantly replaced to keep the handrails from collapsing.

Talk of replacing the bridge has been swirling around for years. It’s a part of my childhood, and I, for one, will hate to see it go.

From The Bayou To The Big League: The Odyssey Of … END_OF_DOCUMENT_TOKEN_TO_BE_REPLACED

Update Update on From the Bayou to the Big … END_OF_DOCUMENT_TOKEN_TO_BE_REPLACED

A quick update on my dad's book. I'm nearly … END_OF_DOCUMENT_TOKEN_TO_BE_REPLACED

I'm coming along on schedule with From the Bayou … END_OF_DOCUMENT_TOKEN_TO_BE_REPLACED