Once upon a time there was a bag swing on Carlin Drive in Westlake. What, you might ask, is a bag swing? A long rope was attached to the top branch of a tree—undoubtedly a cypress—on the edge of the swamp at the north end of Carlin Drive. The tree was a lofty one—fifty or sixty feet—and about halfway up someone’s father, or maybe some of the neighborhood boys, had built a small wooden platform just large enough to hold two Junior High kids. 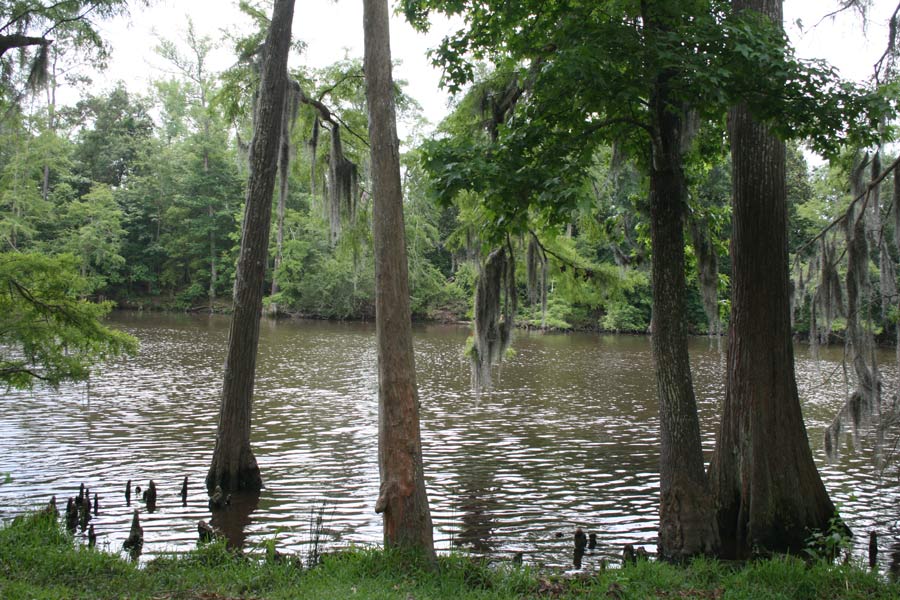 Said kids got to the platform by climbing up a series of wooden slats nailed to the tree at twelve to fifteen inch intervals. Did I mention this platform was twenty-five feet or so  off the ground? At the bottom end of the rope a ten-pound flour sack filled with sand had been tied.

The object was to straddle the bag and swing out over the swamp—cypress knees, water moccasins, and everything else the swamp nourished. That wasn’t too dangerous. Junior High kids don’t weigh that much. Trouble was—it got boring with just one person flying out over the murky water. Why not see how many could jump on every time it made a pass back to the platform? I think six was our limit. The last two to jump on were hanging on by their fingernails (pardon the cliche.) Did I mention we were twenty-five feet above the swamp? Oh, that’s right. I did.

I’ll dispense with calling out names here to protect the guilty, but I remember those Saturday and Sunday summer afternoons when we could experience the freedom of the birds—when for a brief moment we could defy gravity and soar with the eagles. Dangerous? Not that bunch. After all, we were twelve years old. We were going to live forever. I guess some things never change.

From The Bayou To The Big League: The Odyssey Of … END_OF_DOCUMENT_TOKEN_TO_BE_REPLACED

Update Update on From the Bayou to the Big … END_OF_DOCUMENT_TOKEN_TO_BE_REPLACED

A quick update on my dad's book. I'm nearly … END_OF_DOCUMENT_TOKEN_TO_BE_REPLACED

I'm coming along on schedule with From the Bayou … END_OF_DOCUMENT_TOKEN_TO_BE_REPLACED