On Monday the fourteenth of August yours truly along with two of my writer friends loaded up our luggage and our writing supplies—pens, paper, laptops, etc.—and headed west. Where? Austin, Texas. What? Writer’s League of Texas Summer Writing Workshop. Why? To hone our writing skills in order to win a Pulitzer Prize someday. We were all set for five days of intensive study and getting feedback on our own work. 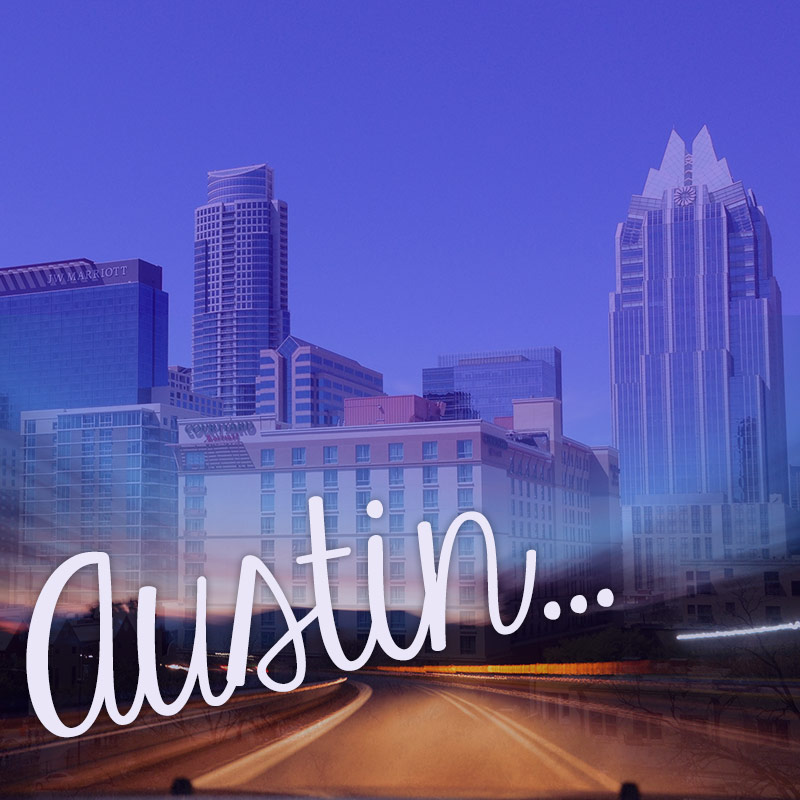 I had enrolled in one of the fiction classes with Charlotte G. as an instructor—a teacher par excellence. I had been looking forward to this event since March. To say we were excited is an understatement.

We zipped along Interstate 10 making good time, but Houston is always a worry. You never know what you’ll run into there. However, no problem in Houston. We eased onto I-610 and got off on Hwy. 290, which would bring us into Austin. Toodling along 290, we felt like we had it made. But the calm is always there before the storm.

I was reading the map when the car jerked to the right and we heard a noise like a rifle shot.  I thought we had a blowout, as did the others. My driver friend—I’ll call her “Jane”— guided the car to the shoulder and stopped. All three of us got out to check the tires. Everything was fine there. We walked around to the back—no bumper. It was off in a field slightly behind where we had finally stopped. The left rear fender was smashed in, but the car was still drivable.

We got back into the car to wait for the police. In the meantime a car passed us and stopped about fifty or so feet ahead of us. At first I had thought we’d been hit by a ghost car, but the driver got out and walked around the car, so we surmised this must be the one who hit us—and it was.

The state trooper arrived and made everyone get back into their respective vehicles. He took a statement from Jane and one from the driver of the other car. Then he came to our car and asked if everyone was okay. We said we weren’t hurt, but I said “My pants are wet.” At the look on his face, I decided I’d better rephrase that. “Jane’s coke fell on my leg when the car lurched,” I told him. Don’t know if he believed me or not.

Long story short, in the course of conversations we discovered the other driver was on her way to the same writer’s workshop we were going to. When we got to our first class on Tuesday, guess who was sitting in our classroom. You got it. The other driver. What are the odds? During the week we all became good friends. My two writer friends and I were famous among the other attendees. To them we were the three ladies from Louisiana who were driving around in the car with no bumper.

From The Bayou To The Big League: The Odyssey Of … END_OF_DOCUMENT_TOKEN_TO_BE_REPLACED

Update Update on From the Bayou to the Big … END_OF_DOCUMENT_TOKEN_TO_BE_REPLACED

A quick update on my dad's book. I'm nearly … END_OF_DOCUMENT_TOKEN_TO_BE_REPLACED

I'm coming along on schedule with From the Bayou … END_OF_DOCUMENT_TOKEN_TO_BE_REPLACED