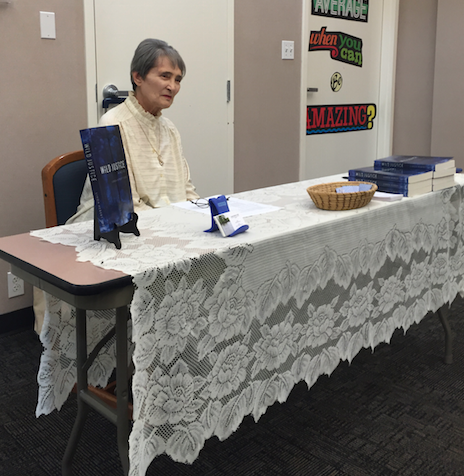 Wednesday, June 1, was a red letter day for me. Besides being my sister’s 75th birthday, (Happy Birthday, Hillene) it was my very first book signing event in which I was the star player. My friends at the Westlake Library, where I was employed for twenty-eight years, put on a first-class shindig for me to sell and sign my first novel, Wild Justice.

To say it was a rousing success would be an understatement. Not only did I sell sixteen books, I also saw folks I hadn’t seen in quite a while, and made some new friends as well.

Five of my classmates from the Westlake High Class of 1954 showed up and we had a mini-reunion during a delightful lunch. Shout out to Mozelle, Patsy, Celena, Gerald and wife Barbara, and Dudley and wife Flora. It was great reconnecting.

My three oldest daughters were there—Micki, Katy, and Mollie. Micki’s the one who put the book together, working through Create Space.

The only thing that worried me was the fact that I’m not a public speaker. Just the thought of getting up in front of people makes me break out in hives, and I was somewhat concerned about that part of the program. I don’t have trouble interacting one-on-one, but it’s that sea of faces staring back at me that scares me.

I started out telling how I got the idea for the novel. How I saw a story in the newspaper that gave me the germ of what Wild Justice ultimately became—a novel of revenge. Several years ago I wrote about that idea in the form of a short story. Then I decided I wanted to do something only a small segment of the population had done—write a book. 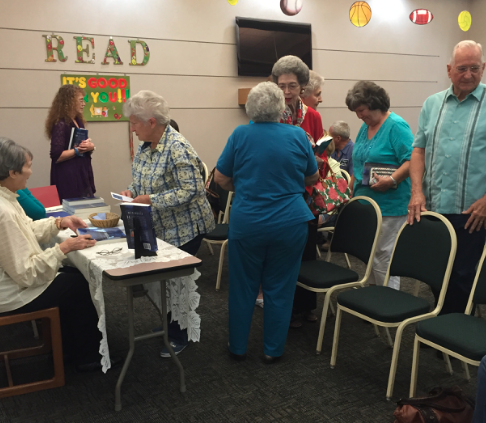 I had a beginning and an end. All I needed was a middle. Shouldn’t be so hard, right? Wrong-o! I guess that’s why it took me five and a half years to finish it. Getting it researched and written was just the beginning. Next came marketing.

After trying to go the traditional publishing route for over a year, I decided to go Indie and self-publish. Bottom line: with publishing houses it simply takes too long. Then there’s the loss of control for the author. They control the cover and the title. So we went with Create Space and did it ourselves. As I mentioned before, Micki did all the technical stuff. I can buy a print book for a reduced rate and sell it for what I want. Total control. My own cover and my own title. The book is also available on Amazon in print and on Kindle, for which I get royalties. 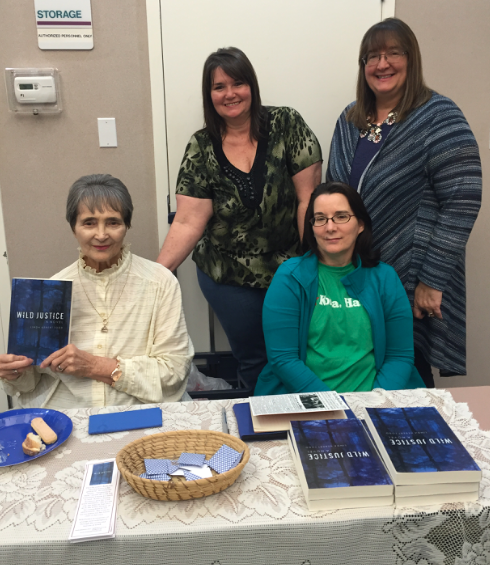 If I were twenty years younger perhaps I would have tried a little longer for a contract. But I’m not, so I feel the Indie route was right for me. The book is selling well and there are plenty of writing conferences and book festivals around that I can set up my table and peddle my books.

The book signing event gave me the confidence I need to keep selling. I have excellent support in the Bayou Writers Group and my Thursday morning critique group at the Stellar Beans coffee house. Also, it’s nice to have family and friends who believe in me. So thanks to everyone who has made these past few days a red letter week.

Next week: Memories of Audrey.

From The Bayou To The Big League: The Odyssey Of … END_OF_DOCUMENT_TOKEN_TO_BE_REPLACED

Update Update on From the Bayou to the Big … END_OF_DOCUMENT_TOKEN_TO_BE_REPLACED

A quick update on my dad's book. I'm nearly … END_OF_DOCUMENT_TOKEN_TO_BE_REPLACED

I'm coming along on schedule with From the Bayou … END_OF_DOCUMENT_TOKEN_TO_BE_REPLACED