In the summer of 1921 he was thirteen years old. After school ended that year he took a pirogue, a cast iron skillet, a shotgun, and some clothes into the swamp. It takes a lot of coordination to even sit in a pirogue, much less paddle one through a swamp. Setting up camp in an old houseboat with a wood-burning stove, he was there by himself all summer, living off the land. If he wanted to eat he had to catch it himself—fish, duck, squirrel. Do you know any thirteen-year-olds in this day and age who could spend an entire summer alone in the swamp catching all their food?

In the southwest Louisiana of 1921 money was scarce for his family. His reason for being in the swamp was to hunt alligators. No gator season back then, and the big reptiles were as thick as birds. Some might question why he didn’t go home at night. Because nighttime was when he hunted them. 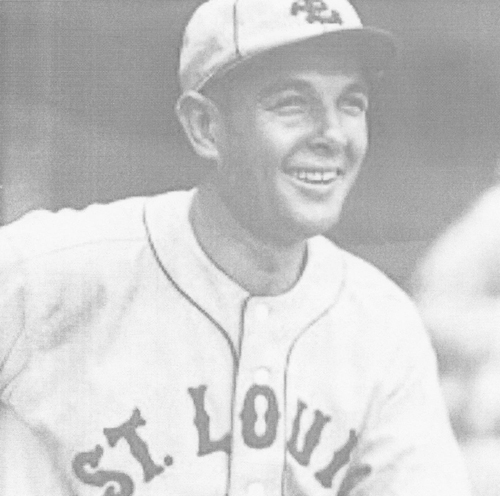 The swamps and bayous of the area teemed with small fur-bearing animals—mink, muskrat, and nutria—and they were worth a lot of money. The alligators, on the other hand, were worth nothing, and ate those little animals faster than a Cajun can suck the heads from twenty pounds of crawfish.

A wealthy landowner from Lake Charles put a price on gator hides—$5.50 for anything from seven and a half to twenty feet long. Hides from four to seven feet brought in $1.50. That was a lot of money in 1921.

When darkness descended he would paddle the pirogue through inky waters with a lantern and a shotgun. The full moon kept the obscurity of night at bay, but the rest of the month the blackness there was smothering. He shined the lantern out into the water and the only thing shining back at him were red gator eyes. He paddled to within two or three feet of the eyes, and keeping the light trained on them, shot at the space between the eyes.

He had to be careful when he paddled the pirogue into position, making sure the alligators were pointed the right way. Sometimes their heads stuck out in one direction and their tails in another. Once they had been shot their tails became a lethal weapon, able to knock him into the black waters of the bayou.

After he was certain the gator was dead, he would paddle to the bank holding on to its mouth with one hand. Dragging it out of the water, he would leave it there till morning, when he paddled back and skinned it. Sometimes he hunted all night and skinned all day.

He stored the hides in brine-filled barrels, and his father came on weekends to pick up the hides and bring more shells for the shotgun. Sometimes his mother would send a cake—a welcome respite from his regular diet of fish and ducks and other swamp creatures.

One night one of those bayou monarchs came close to wiping out the entire Preacher branch of the Hebert clan. The mist hung low everywhere, a hot, foggy Louisiana summer night, the darkness cloying, no stars or moon. He had his lantern, but it wasn’t much help—only shone out about five feet. The gators seemed to be thicker and closer together that night. Eyes were everywhere and the noises coming through the fog were terrifying. He saw one set of eyes on an extra wide head—had to be at least ten feet long.

He shot the wide-headed beast between the eyes, and the next thing he knew he was in the water with an overturned boat, his gun, lantern and a bunch of gators, one of them mortally wounded. He thought about diving for his gun, but he couldn’t see anything and all he could hear was the wounded gator thrashing around beside him. He swam in the direction of where he thought the bank was, and sat there until daylight.

At first light he spotted the pirogue upside down bumping against the opposite bank. He swam across, righted the small boat, dove down and found the gun buried in the mud, and dragged the twelve-foot dead gator up on the bank for skinning.

He passed his fourteenth birthday that summer, shooting up six inches in height, and bulking up from dragging 400 pound alligators around for seven days a week. His own mother didn’t recognize him at first when he got home that fall. When school started in the autumn of 1921 Preacher Hebert went out for football and found it quite a bit easier than his summer vacation.

He got almost 300 hides that summer. I did some math and it looks like he brought in about $1,650.00. That was a lot of money in 1921. There were six children in the family at that time, and the fruits of his labor were much appreciated.

I, for one, am glad he walked out of that swamp in one piece. A rather large group of people, ranging in age from eighty years to six months, are thankful, too.

From The Bayou To The Big League: The Odyssey Of … END_OF_DOCUMENT_TOKEN_TO_BE_REPLACED

Update Update on From the Bayou to the Big … END_OF_DOCUMENT_TOKEN_TO_BE_REPLACED

A quick update on my dad's book. I'm nearly … END_OF_DOCUMENT_TOKEN_TO_BE_REPLACED

I'm coming along on schedule with From the Bayou … END_OF_DOCUMENT_TOKEN_TO_BE_REPLACED