Let’s travel back to the fifties, to the days of drive-in movie theaters. In 1954, the year I graduated from high school, the New Moon Twin Drive-In theater opened to the public on Gerstner Drive in Lake Charles. It boasted two screens—the East Tower and the West Tower—with a moon and clouds on the rear of the screens. The outdoor area accommodated 1,000 cars and, in addition, there was an indoor auditorium with 400 seats, a concession stand, and an outside patio with 150 seats. The property is home to a golf driving range now.

The theater I was most familiar with was the Midway, located on Highway 90 halfway between Lake Charles and Sulphur, which put it in my neck of the woods. It was frequented mostly by Westlake and Sulphur residents—anyone living west of the I-10 bridge. My recollection of the location is now a vacant field.

I think there was another drive-in named the Roundup, but I don’t remember much about it. All my memories are centered around the Midway.

Parents with young children loved these outdoor theaters. They could dress their little ones for bed and count on them being asleep before the previews were over. And better yet, they didn’t have to get dressed up like they did when they went to a town movie. (Back then, everyone got dressed up to go into town.)

Teenagers loved drive-ins for the obvious reasons, which I won’t go into here. Suffice it to say most of the back row speakers filled up quite quickly on weekends, and fogged-up windows were the norm there.

Here in southwest Louisiana we share our space with a nice selection of insects and other critters. Our mosquitoes are particularly resourceful. They love the taste of our blood. In the concession stand of these outdoor retreats a gadget was for sale that was designed to keep the little blood-suckers at bay—the mosquito coil. It’s a mosquito-repelling incense shaped into a coil and sat on the dashboard of the car burning from the outside in. 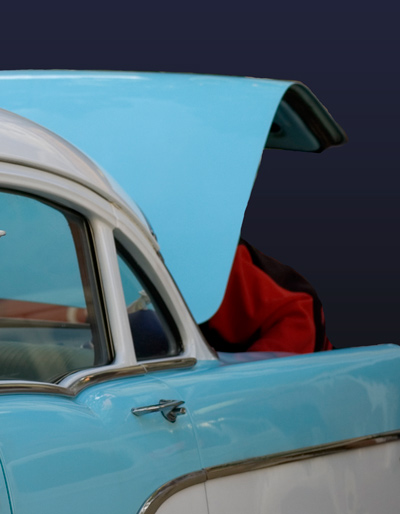 This is a capitalistic country, and it’s always about the bottom line. Teenagers, especially, try to come up with ways to stretch their money. In order to have more funds for the concession stand they came up with a plan to save their admission money for food—the trunk of the family car. Back then car trunks were huge. Three or four teens could easily fit in one. The driver would make his or her way to the back row and let the others out. With cash saved on admission, there was usually enough for an extra bag of popcorn or a hot dog. I don’t know about the New Moon, but the enterprising owner of the Midway started charging by the carload and expanded the concession stand.

Confession time: I’ll fess up. I sneaked in twice—once in Baytown, Texas, and once at the Midway. Does anyone else want to come clean? Hey, guys. The statute of limitations is long expired. Let’s hear from you.

From The Bayou To The Big League: The Odyssey Of … END_OF_DOCUMENT_TOKEN_TO_BE_REPLACED

Update Update on From the Bayou to the Big … END_OF_DOCUMENT_TOKEN_TO_BE_REPLACED

A quick update on my dad's book. I'm nearly … END_OF_DOCUMENT_TOKEN_TO_BE_REPLACED

I'm coming along on schedule with From the Bayou … END_OF_DOCUMENT_TOKEN_TO_BE_REPLACED