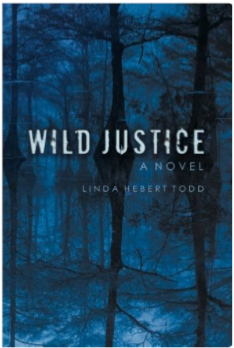 For this post I decided to leave the past behind and jump into the present. In addition to marketing my novel—Wild Justice—and my short story collection—Sidonie and the Loup-Garou: Stories from the Bayou—I’m up to my ears in new work.

I have three major projects going right now: a new novel, a nonfiction book about my dad, and a collection of poetry. It’s somewhat like juggling chain-saws since I’m working on all three at the same time. Also, on the back burner I have two novellas started and more short fiction, but they’re at the bottom of the pile.

The novel has a new title, which I’ll share later. It’s about how the past can come back to haunt you. The main character is a retired female helicopter pilot just trying to lead a quiet life in her small hometown after the mayhem of her military years. Instead, she gets caught up trying to keep her twin brother alive when a menace from his past comes after him and three of his fraternity brothers. An incident from their college years triggers a killing spree that also puts her in danger. In addition, she must contend with a peril from her own past—a stalker with revenge on his mind. 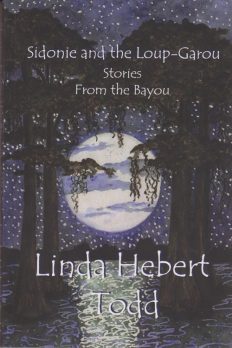 The nonfiction book is a memoir mostly about my father—Wallace “Preacher” Hebert. He hunted and skinned alligators when he was thirteen years of age and survived the unnamed hurricane of 1918 in Cameron Parish. He spent fourteen years playing professional baseball with the St. Louis Browns, San Diego Padres, and Pittsburgh Pirates. He pitched against such greats as Babe Ruth, Lou Gehrig, and Joe DiMaggio.

He played on the same team with Ted Williams and Bobby Doerr. His later years saw him skinning alligators again.

The poetry book is a collection of poems I’ve written over the years and I would just like to get them all together in one book whether anyone buys it or not. Everyone knows that poets don’t quit their day jobs. This book will be out by the end of October, hopefully. The novel and nonfiction have a way to go, but I’m shooting for the first half of next year.

Anyway, that’s what been going on for me. I wrote this blog post because I needed to make a commitment on paper. I found myself spinning my wheels and not getting anything done. I decided to put it out there and I’ll be embarrassed if I don’t follow through. Here’s hoping it will help. Feel free to bug me about it.

From The Bayou To The Big League: The Odyssey Of … END_OF_DOCUMENT_TOKEN_TO_BE_REPLACED

Update Update on From the Bayou to the Big … END_OF_DOCUMENT_TOKEN_TO_BE_REPLACED

A quick update on my dad's book. I'm nearly … END_OF_DOCUMENT_TOKEN_TO_BE_REPLACED

I'm coming along on schedule with From the Bayou … END_OF_DOCUMENT_TOKEN_TO_BE_REPLACED