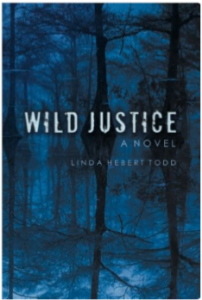 Fiction writers are notorious liars. I know, because I’m one of them. We make things up. It’s what we do. That’s what makes a fiction writer a fiction writer, to paraphrase the well-known car advertisement. Unless you’re a science fiction or fantasy writer you can’t just make stuff up about a well-known place or use a gadget that wasn’t invented until fifty years after your story takes place. Research is important.

I got the idea for Wild Justice from a newspaper clipping in the American Press. A woman and one of her sons were shot to death one Sunday morning several years ago. The case has never been solved, and drugs were believed to be involved. A literary agent told me nobody was interested in stories about drugs anymore, and to go home, put the manuscript in a box under the bed, and write another book. Well, I didn’t heed her advice.

The story is not about drugs—crystal meth in particular. It’s about murder and revenge. The bad guys had to be involved in something, so I chose crystal meth. It’s a big problem in southwest Louisiana and southeast Texas. However, I knew nothing about it except what I had read in the newspaper—so out came the books. I know a lot more now about it than I ever wanted. It’s bad stuff.

I had to know if a Dodge Charger could outrun a Hummer, and had to give Keeley the skill to drive a Charger at a high speed. She learned to drag race on Hollis Road, along with a lot of boys in Westlake, aka West Dulac. (You know who you are, guys.)

I had to learn about spinal injuries and ventilators, but I’ll leave it at that. Spoiler alert for anyone who hasn’t read Wild Justice.

Martial arts was another subject about which I know nothing. I spent a lot of time reading articles and looking at pictures. (Google is a writer’s best friend.) Uniforms, protocol, and vocabulary—all had to be studied. Keeley had to be able to take care of herself. 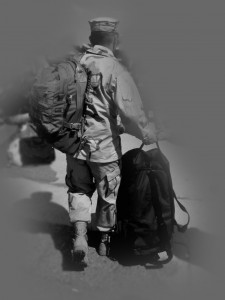 The hardest thing to research was trying to get a handle on Zander, the Vietnam veteran, who was trying to keep Keeley safe. Not that there wasn’t a ton of information out there—it was hard for me to read it, given my opinion of that misguided war. I read a lot about PTSD and the men who made it home—heartbreaking. One book I have has a lot of their stories told in their own words. I used those recollections as the basis for Zander’s journal entries.

Telling lies and making stuff up is fun, but do get the facts straight. Someone out there will know if you get it wrong.

Click here to get your copy of Wild Justice at Amazon.

From The Bayou To The Big League: The Odyssey Of … END_OF_DOCUMENT_TOKEN_TO_BE_REPLACED

Update Update on From the Bayou to the Big … END_OF_DOCUMENT_TOKEN_TO_BE_REPLACED

A quick update on my dad's book. I'm nearly … END_OF_DOCUMENT_TOKEN_TO_BE_REPLACED

I'm coming along on schedule with From the Bayou … END_OF_DOCUMENT_TOKEN_TO_BE_REPLACED