The church of my childhood was Westwood Baptist on Westwood Road, known today as Sampson Street. The church is still there, but the building I remember from my early years is no longer standing. It was an unassuming white wooden structure, oblong in shape. It was filled with wooden pews—no cushions. Yes, real ten-feet long pews. No individual chairs that seem to be the norm in many churches today. Some of the older folks brought their own cushions as well as hand fans. 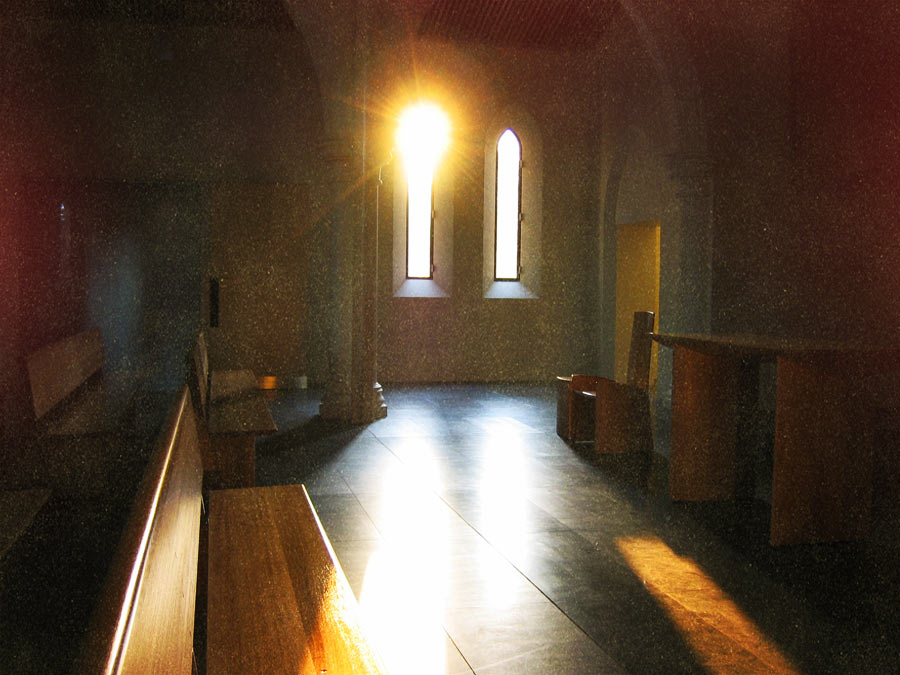 In the front of the sanctuary was a choir loft (not really a loft, but I don’t know what else to call it,) and the baptistery sat behind it. Our only instrument was the piano, and the only person on salary was the pastor. Everyone else volunteered their talents—music director, pianist, etc.

A wooden sign hung on wall up front telling us how we did the previous week—Sunday School and Baptist Training Union (BTU) attendance, and offering amount. I haven’t seen one of those in years. The choir consisted of anyone who felt like being in the loft on any given Sunday, and special music was usually a solo delivered by the song leader, whoever it happened to be that day.

The building today is a towering brick structure that holds many more worshippers than the humble white building that was such an important part of my early years. A small prayer chapel stands in its place now.

The only Bible anyone had was the King James Version, and our hymnal was the Baptist Hymnal. It was church twice on Sunday and once in the middle of the week.

There’s nothing in the world like a good old-fashioned Baptist eatin’ meetin,’ and we still have those today. However, we have a nice, air-conditioned gym to hold them in. Back then we moved outside for our fun. We had tables set up to hold the food, but everyone lucky enough to find a chair balanced their plates on their laps and set their drinks on the ground.

Teenagers found a nice spot on the ground to sit. Most of the children just ran wild around the property, having too much fun to do something as mundane as eating.

The food was pretty much the same we have now in the gym: roast beef, fried chicken, ham, several kinds of potato salad and rice dressing, vegetables, salads, cakes, pies, lemonade—each cook trying to outdo the other. Any food left to take home was a cause for embarrassment.

Teenage boys usually saved the day. Their plates were at least three layers deep, sometimes four, and they always went back for more.

Do I want to go back? Not really. But I’m thankful for my memories. To paraphrase the old hymn: no place is as dear to my childhood as that little white church.

From The Bayou To The Big League: The Odyssey Of … END_OF_DOCUMENT_TOKEN_TO_BE_REPLACED

Update Update on From the Bayou to the Big … END_OF_DOCUMENT_TOKEN_TO_BE_REPLACED

A quick update on my dad's book. I'm nearly … END_OF_DOCUMENT_TOKEN_TO_BE_REPLACED

I'm coming along on schedule with From the Bayou … END_OF_DOCUMENT_TOKEN_TO_BE_REPLACED