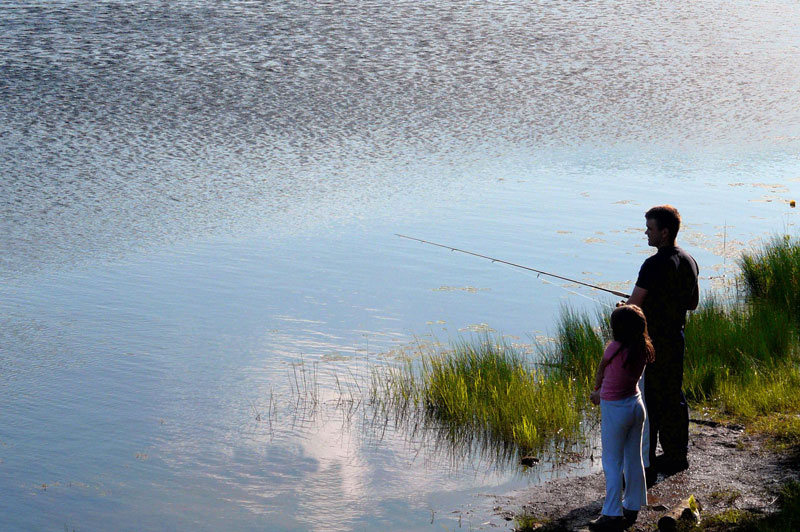 My grandmother—the one who lived with us—had two engagement rings. The first one she got had a small, colored semi-precious stone set in a gold band. Later on Granddaddy bought her a more expensive one when it was boom time in the oil business of southeast Texas. She put the first one in her jewelry box and forgot about it.

One day, after they moved in with us, she was cleaning out the box and ran across the ring. She told me it was mine when I got old enough to take care of it. She had always wanted to pass it on to her oldest granddaughter. That would be me.

I guess I must have been thirteen or fourteen—Junior High or early High School—when I finally got to wear it. I was so proud—obnoxiously so. You know what they say about pride—it goeth before a fall.

I was very careful. Always took it off when it was my turn to wash the dishes, take a bath, or play softball in the front yard. And, yes, when I went swimming.

One Sunday in August—it had to Sunday because that’s when the biggest gangs showed up to swim. And I’m sure it was August because that’s when it was the hottest, and we spent every Sunday afternoon in the river cooling off. Anyway, the crowd came barreling through the yard dragging inner tubes along.

“Come on. We’ve got extra tubes,” someone yelled.

That was enough for me. I went upstairs, got into my suit, grabbed my towel, and took off for the river. And, yep, you guessed it. I forgot I still had my ring on.

Several of the girls, me included, were lolling around on tubes in the middle of the river when a barrage of clay balls showered down on us. Some fell harmlessly into the water, but many splattered on the tubes and others landed on us—on our arms, backs, and hair. Yuk!

We looked for the source, and it was on the bank in the form of three or four burly football players. We started reaching for the balls, catching them before they could hit us. I looked up and one was coming my way—hard and fast. I reached for it, but it came in too high. I felt its sliminess as it glanced off my fingers and carried my ring with it to the bottom of the West Fork.

Up until that day it was the worst I had ever felt about anything. If my grandma was upset, she hid it well. My mother was somewhat more vocal, but she could see how upset I was, so everyone gave me a wide berth for awhile. The lesson learned here is keep heirlooms locked away until the recipients are grown, and even then there’s no guarantee they’ll survive.

I don’t know if a fish ate Grandma’s ring, but I hope one did. And I hope it found its way to the end of some fisherman’s line. And I hope his wife or daughter or girlfriend is wearing it. And if it’s a fisherwoman—well, you go girl.

From The Bayou To The Big League: The Odyssey Of … END_OF_DOCUMENT_TOKEN_TO_BE_REPLACED

Update Update on From the Bayou to the Big … END_OF_DOCUMENT_TOKEN_TO_BE_REPLACED

A quick update on my dad's book. I'm nearly … END_OF_DOCUMENT_TOKEN_TO_BE_REPLACED

I'm coming along on schedule with From the Bayou … END_OF_DOCUMENT_TOKEN_TO_BE_REPLACED