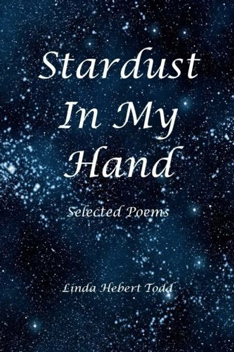 Stardust In My Hand is a diverse medley of poems collected over a span of twenty years. Since the collection doesn’t follow a central theme it is divided into four sections. Part I: Mementos follows the author from a childhood with two imaginary playmates (see Two Friends) to her later years and the pain of losing a grandson (see The Girl on the Side of the Road.) Part II: Louisiana captures the flavor of life in her beloved state—from Mardi Gras to hurricanes. Part III: Oddments is a miscellany of unrelated poetry such as two ekphrastic poems written after looking at paintings, and many poems written in response to the Poem a Day Challenge held in November and April every year. Part IV: The Old Lie is self-explanatory, conveying the author’s deep feelings about war and were written from the point of view of one who waits in fear for the uniforms to appear at the front door.

Five of the poems were winners or finalists in contests: Arlington; Deer in the Wood; I Remember; The Girl on the Side of the Road; and Death of a Queen.