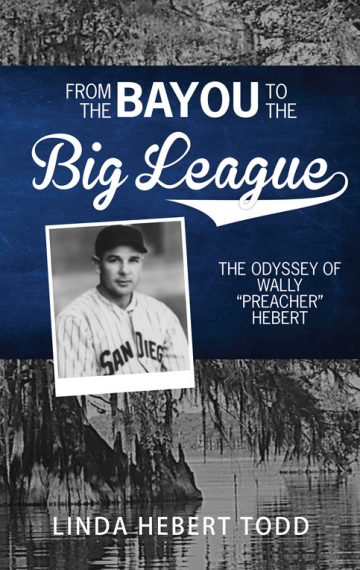 He roamed the marshes of Cameron Parish in Louisiana when he was ten, and hunted rabbits using barrel staves as weapons. He rode out the hurricane of 1918 in a ditch with his family while everything they owned blew away. They moved to Lake Charles, and he spent his thirteenth summer hunting and skinning alligators. He attended Lake Charles High School where he excelled in all sports: football, basketball, and track, but his first love was always baseball. In 1930 he left for Springfield, Missouri, to play for the Springfield Midgets. Thus began a journey that took him from the bayous of Louisiana to the merry-go-round of professional baseball in St. Louis, Hollywood, San Diego, and Pittsburgh. He got cussed out by Babe Ruth, ate Sunday dinners with the DiMaggios, and drove Ted Williams to practice and games since Ted was too young to drive. He returned to Louisiana after his baseball career to come full circle skinning alligators once again.